When I set out today, I had originally thought that I was only going to hike for around 3-4 miles. As I made my way around Ward Pound Ridge, I felt really good so I decided that I would keep going!! The sunrise was fantastic and these trees with the small white flowers were all over the reservation.  It was very early in the morning so I didn’t have any contact with other hikers or trail runners until the last half mile of my journey. 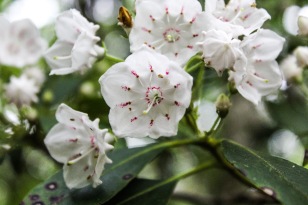 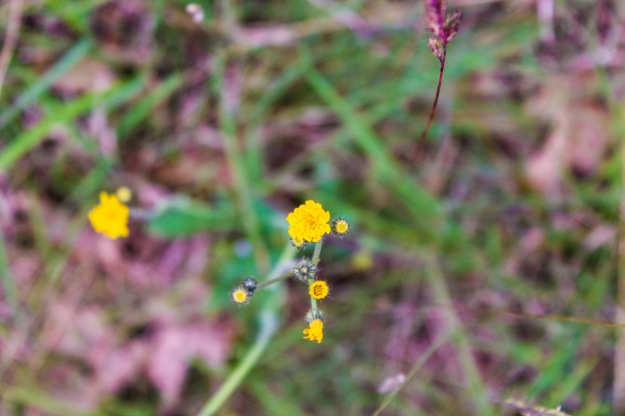 “Every day is a new day. Don’t live in the past. Enjoy the now and make it count!”

“Don’t look back, you’re not going that way.”

I happened to look in the rear view mirror on my way to work this morning and I saw these clouds being bisected by the condensation trail of a jetliner. So of course I had to pull over and take a picture. Unfortunately I didn’t have my camera with me and I had to use my inferior cell phone camera. With that said, the two together with the sun slowly rising made for a beautiful sunrise. 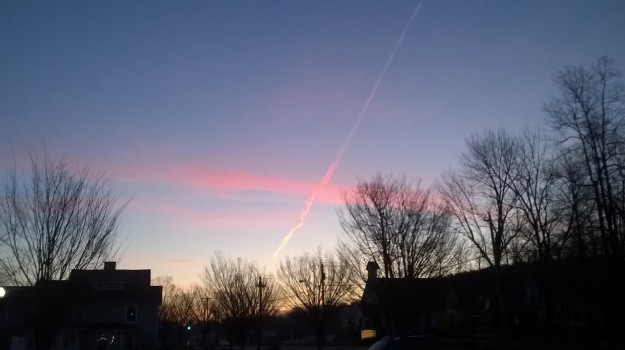 As you well know, I am a sucker for a good sunrise or sunset. Today proved to be one of those days where I had to stop a few times to get photos as I made my way into the building. A start to the day like this means it should be a good day…(and it was)

“Nothing is more beautiful than the loveliness of the woods before sunrise.”

This is why we hike…

The tree in the first picture taken a few minutes later.

Mornings like today are the reason why people love to hike. Just as the sun was coming up the temperature was a crisp 44 degrees and a slight breeze was making its way through the woods. You could still see the evidence of a really nasty rainstorm that had moved through the area all day Sunday into Monday morning. Tons of twigs, small limbs and fallen trees now litter the trail as compared to just a few days ago.

Besides the abundance of debris on the trail, the only difference as the days progress is the continued loss of leaves from the trees. Every hike that I do now in Ward Pound Ridge serves as an awakening to the coming winter months. The trees are much barer and the woods have opened up, telling an entirely different story than the one I have been used to all summer.

A happy place, either before or after a hike.

“Nothing is more beautiful than the loveliness of the woods before sunrise.”

Every summer I feel the need to torture myself by doing two pretty difficult hikes at least once. The first one is Mt. Beacon and the second is Bear Mt. Today I decided to get Bear Mt. out of the way since the forecast for tomorrow is for the mid 80’s with high humidity. Starting off on the Appalachian Trail by Hessian Lake, the trail begins a grueling ascent immediately. The elevation at this point is 175 feet, but in less than two miles you climb 1,130 feet where you will be at Perkins Memorial Tower that has an elevation of 1305 feet.

Since they rerouted the AT over the last few years and have made significant improvements, although steep, the trail is a pleasure to hike on. 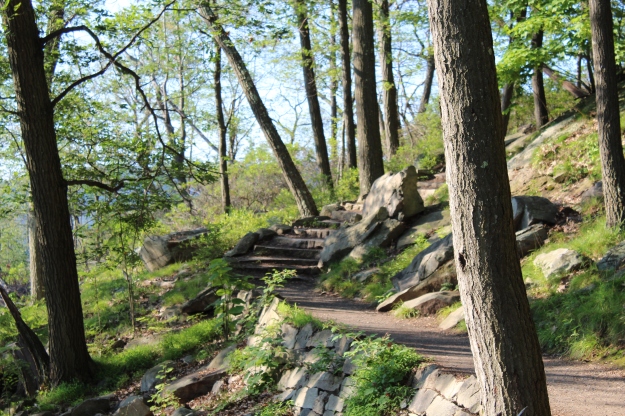 And climbs some more… 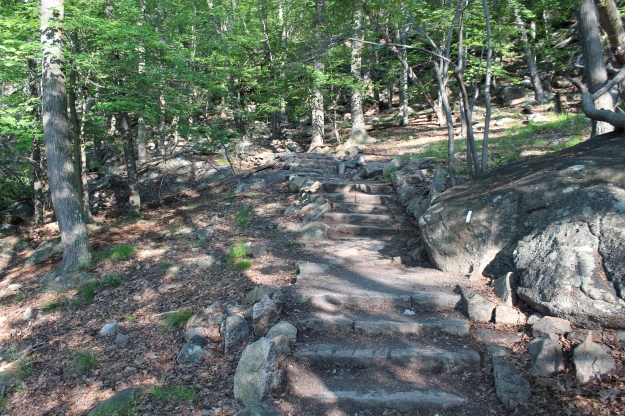 The AT does eventually turn off onto Perkins Memorial Drive. Instead of heading back into the woods, I stayed on the road so I could take some pictures. Part of the reason I was up here in the first place was to catch the sun coming up behind Anthony’s Nose. Unfortunately I missed it by about fifteen minutes!

Iona Island is at the bottom of the picture. The city of Peekskill, NY is in the distance.

The Bear Mt. Bridge and Anthony’s Nose just after sunrise.

Looking north on the Hudson River 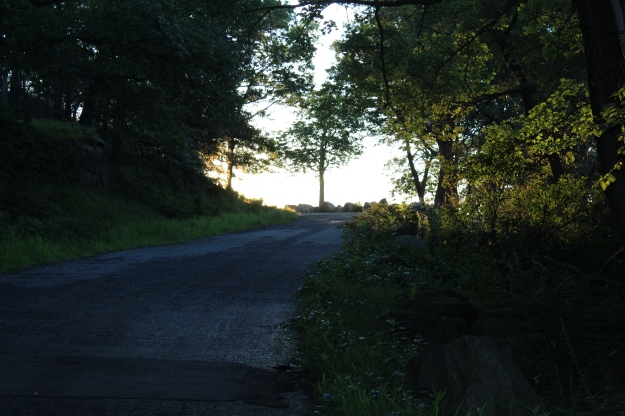 Once you get to the top where the tower is located, you will get some amazing views. This one in particular because usually this time of year the haze blocks the NYC skyline. 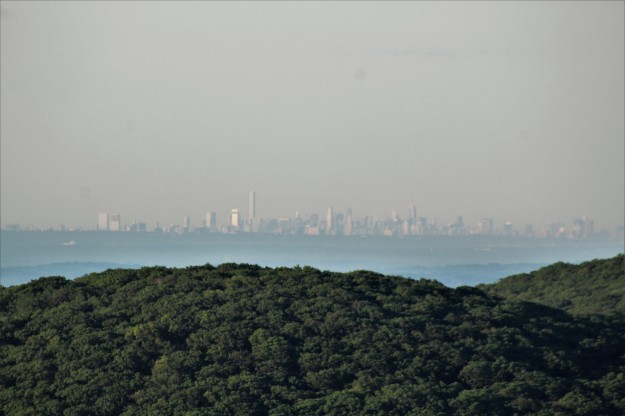 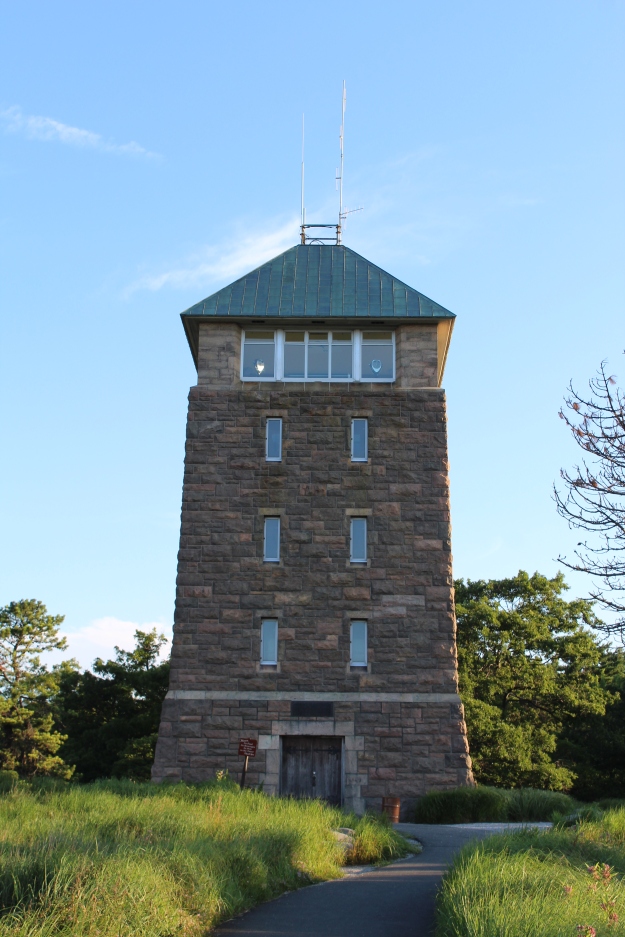 Due to the fact that improvements on the AT have moved closer to Perkins Memorial Tower, they have had to reroute part of the trail until it is completed. 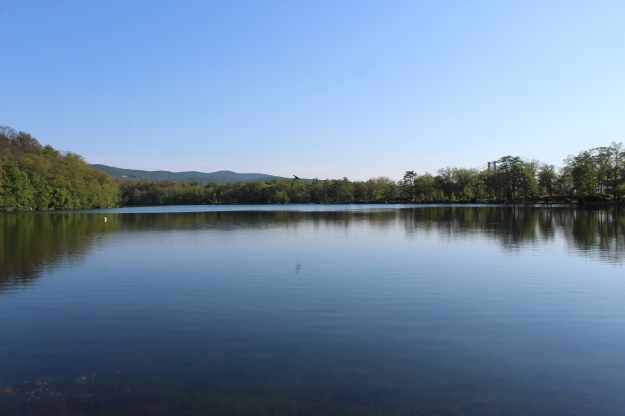 Hessian Lake at the base of Bear Mountain

On my way work… 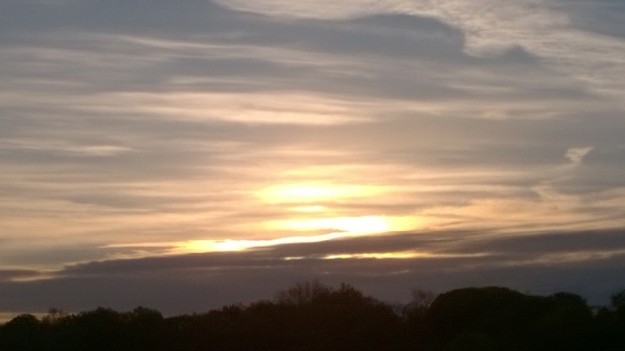 “It was not so much a modification of the darkness, as a sigh of relief, a slight relaxing of tension, so that one felt, rather than saw, that the night had suddenly lost a shade of its density…
― Hope Mirrlees

These pictures were taken with my cell phone this morning as I walked from the parking lot into the building. The cool thing about them is if you look at the first picture, you can see several shades of blue and then a strip of an almost cotton candy color. As I stood there and turned 90 degrees to my left, the entire sky was the color you see in the last two pictures. Absolutely amazing! What an outstanding way for a day to start.

Like Loading...
As you know, I love a good sunrise! So even though I have posted sunrises before, I couldn’t resist taking these pictures this morning on my way to pick up some bagels for breakfast. Of course I left my camera at home so I had to take these with my cell phone.

“This grand show is eternal. It is always sunrise somewhere; the dew is never dried all at once; a shower is forever falling; vapor is ever rising. Eternal sunrise, eternal dawn and gloaming, on sea and continents and islands, each in its turn, as the round earth rolls.”

“We need to be reminded sometimes that a sunrise last but a few minutes. But its beauty can burn in our hearts eternally.”

“The breeze at dawn has secrets to tell you. Don’t go back to sleep.”

“Yet even the brightest of sunrises must come to an end.”