“Sunshine is delicious, rain is refreshing, wind braces us up, snow is exhilarating; there is really no such thing as bad weather, only different kinds of good weather.”

With thunderstorms out of the way for the time being, the humidity is finally back at a point where you aren’t suffocating and drenched after walking for five steps. From what the weather forecast looks like, thunderstorms aren’t expected back in the area until Thursday afternoon. I’m sure that the humidity will begin creeping back up as the week progresses.

Unfortunately, I can’t do anything about the fog. 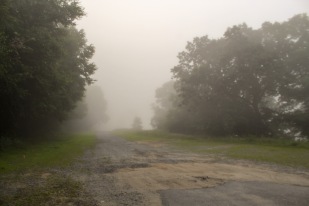 Even though I’m still not at 100%, I decided to do a short hike anyway. I know it probably wasn’t the smartest thing to do but out into the woods I went. Obviously, since I’m still not fully recovered, I kept the pace slower than I would have. That was cool though because it gave me a chance to just think. I also took quite a few more breaks than I normally would have.

The point where the Green and the Red Trail split. This makes about a decent 4-mile loop.

It was actually nice to sit on a rock and hear nothing but the wind blowing through the trees and the animals running around. As a matter of fact, I thought it was odd that I saw a deer staring at me and for probably about 300 yards he kept pace with me. Walking when I walked, stopping when I stopped. Could it have just been a coincidence that he was following me???  It went on for about 20 minutes before something else spooked the deer and it took off into the woods.

I certainly felt much safer doing this with a deer than I did two years ago with the bear! 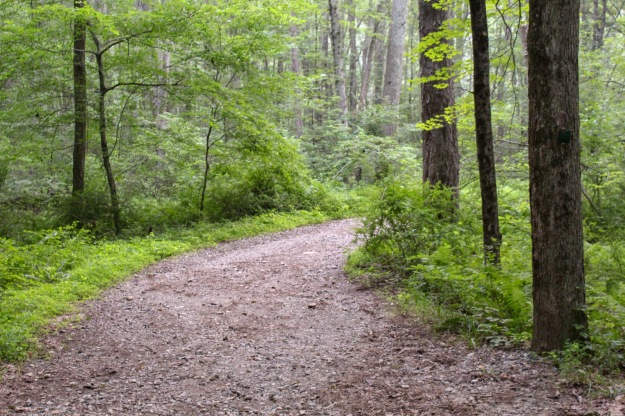 Overall. another great day to be hiking here at Ward Pound Ridge. It never gets old.