My entry for Cee’s Oddball Photo Challenge. Believe it or not, my wife wouldn’t let me bring this home and I’m still wondering why….. 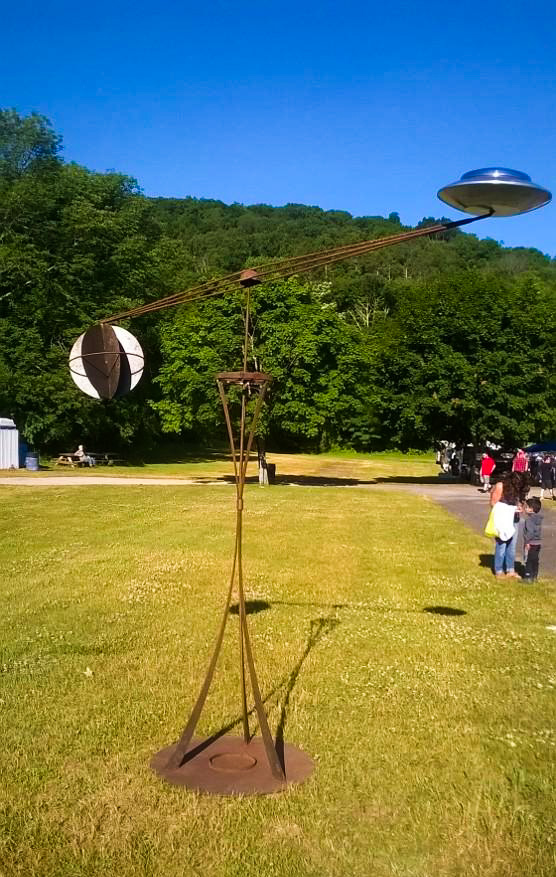 “I never knew whether I was drawn to eccentric people or if they were drawn to me.”
―Dean Koontz

“I think what people call “weird” comes part and parcel with people who are brilliant in some way. So embrace your weird. Embrace your eccentricity.”
― Eileen Anglin

“I find only freedom in the realms of eccentricity.”

For all of you who love flea markets, the Elephant’s Trunk Flea Market in New Milford, CT opened its season on 4/9/17. As you would expect, vendors were out in force selling a wide variety of  goods from the mundane to the deliciously eccentric. Flea markets, especially this one,  are truly a showcase for those who won’t be selling their creations at IKEA any time soon. When you see some of the more odd things that are being sold, you are guaranteed that the people behind the creations also have a story to tell. Fascinating creations being sold by equally as fascinating people. Here are pictures of some of the more interesting things I saw on Sunday.

The Elephant’s Trunk Flea Market is open every Sunday from 7:00 am-2:00 pm and is located at 490 Danbury Rd, New Milford, CT 06776 (www.etflea.com) If you are ever in the area and enjoy flea markets, take the time to visit this one.

Forty minutes from where I live in Mahopac, NY is probably one of the best flea markets in New England. Every Sunday from 7 am to 2 pm, the Elephant’s Trunk Flea Market opens its gates in New Milford, CT to every type of collector and flea market aficionado  in the area. You can find everything from the eccentric to the eclectic and everything in between.

The Elephant Trunk started in 1976 in New Milford and at the time, having 15 vendors was considered a good turnout. Now, they say up to 500 vendors show up to sell their wares on any given Sunday and also have numerous food trucks on the premises.

Driving up to the entrance at just about 7:20 am, the traffic flowed nicely as the people directing you into the parking area made sure that they got you situated pretty quickly despite the large number of cars coming off of the main drag. Even with the heavy traffic, the guys directing you were incredibly friendly. As we walked up to the main gate the odor of frying bacon filled the air and I was truly surprised at the number of people already bringing purchases out to their cars. As with the gentleman directing the traffic, the folks working at the main gate warmly welcomed us and were equally as friendly.

Our technique for getting around any flea market is a simple one. We start at the first row and move down it, carefully surveying each of the spaces on both sides of the row. One of the things that I don’t mind about this (and many others) is that they don’t categorize the areas. You can literally find some eccentric art in one space and collectible toys in the one right next to it.

One of the best things that I have found about all flea markets and especially this one,  is that the vendors are more than willing to let you bargain with them to come to a mutually agreed upon selling price. I didn’t find one person who wasn’t at least willing to entertain a lower price than what they were originally asking.

On this particular Sunday morning we spent the better part of three hours traversing the acres upon acres of everything conceivable that a collector could want.

Here are some pictures of some of the more interesting items that I came across:

Awesome collection of vinyl and the owner was super cool!

So, if you have nothing to do on a Sunday morning over the course of the next several months, you should definitely take a trip to the Elephant’s Trunk, you won’t regret it!