“Set the gearshift to the high gear of your soul.”

Today’s hike was a little on the weird side. Not only was there no breeze during the entirety of my hike, but it was totally silent. No squirrels, birds, chipmunks. Nothing. In all of the hikes that I have done in Ward Pound Ridge, this is the first time I have encountered total and utter silence. It’s been close before but never like this.

It was as close to perfection on a hike as you can get. The start of the hike was also pretty cool. With the sun still not up, the moon was perfectly silhouetted against the blue sky.

As the hike began, it was odd to see the entrance to the woods covered in the same mist that is usually reserved for the heavily wooded areas just to the east of this area. 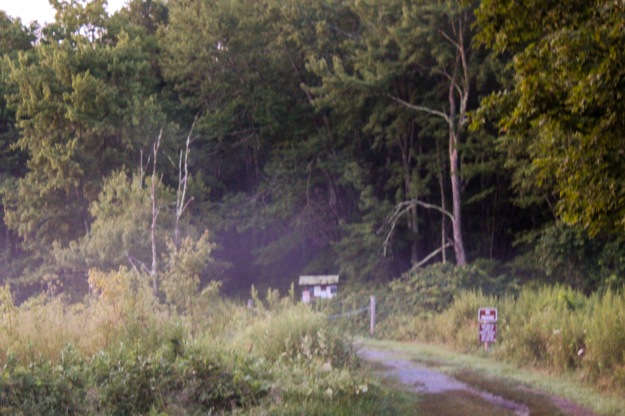 Moving into the woods, it felt really good to be out again. It was especially nice because the only sounds that I could hear were my hiking sticks hitting the ground and the sound of my boots on the earth. To say that it was outstanding both physically and mentally would be a serious understatement.

“Take a walk outside – it will serve you far more than pacing around in your mind.”
― Rasheed Ogunlaru

The loop that I have been doing is an excellent way to start the day. It’s not too easy, not too hard, it just happens to be just right. It looks like for the time being I’ll be sticking to my four-mile loop while I explore some reoccurring health issues.

What follows are some pictures taken along the loop. 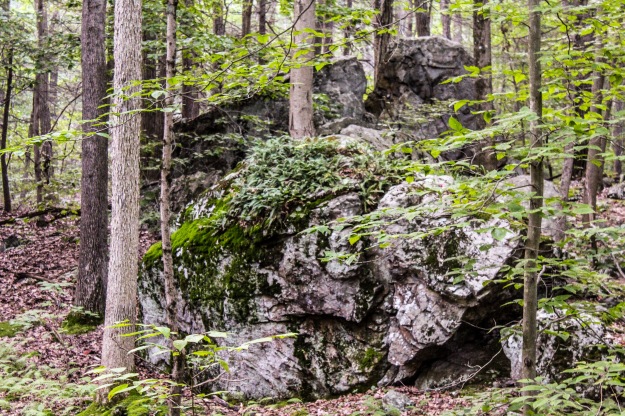 Trails along the loop as well as a connector trail. 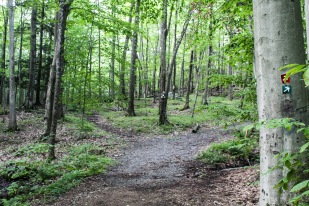 Trail markers along the loop.

I have been keeping an eye on a bees nest for the last couple of weeks.  When I happened upon it a couple of days ago, it was gone! The only part of it that was left was the top of the nest. I can only think of three ways that the nest could have disappeared. First, due to the proximity of the nest to the trail, perhaps the staff of Ward Pound Ridge decided to get rid of it. Second, some pretty severe storms had moved through the area and maybe it was blown off of the tree. With that said, I couldn’t find the remains of the nest. And lastly, maybe a fellow hiker took it upon themselves to get rid of it.

Needless to say, I was surprised when I saw it today and the bees were busy rebuilding a new nest.

A new nest in the same exact spot as the old one.

Let’s see how long this one lasts.