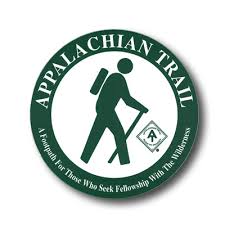 “To travel, to experience and learn: that is to live.” –Tenzing Norgay

In a little under two years I will be eligible to retire from my job as a special educator. In NYS, teachers can retire at the age of 55 if they have 30 years in the system. Directly after high school I spent four years in the Marine Corps, then went to school and worked other jobs for  several years before teaching.

So what does this mean? It means that my time in education is near an end. So what next?

As I mentioned in my previous post, my first goal in retirement is to thru hike the Appalachian Trail. As a matter of course, the first question that everyone always asks anyone with a similar goal is “Why?”

With that said, let’s get the “why” out of the way.

My first adult real life challenge came in October 1983 when I reported to Parris Island, SC for basic training with the USMC. Without a doubt, this was the most difficult thing that I had done in my life, both physically and mentally. To describe it as three months of pure hell would be an understatement!

After being discharged I began hiking more than I ever had and used this as my primary form of exercise during the months that were suitable for hitting the trail. The rest of the year was spent riding a stationary bike in an attempt to try to get and stay in shape. This remains true to this day.

So, when you look at my love of hiking and put that together with a lifelong desire to accomplish difficult tasks, a thru hike almost seems inevitable. Why not?

More on this as I continue my research of the AT and engage in some more self reflection.